Published by Joya on 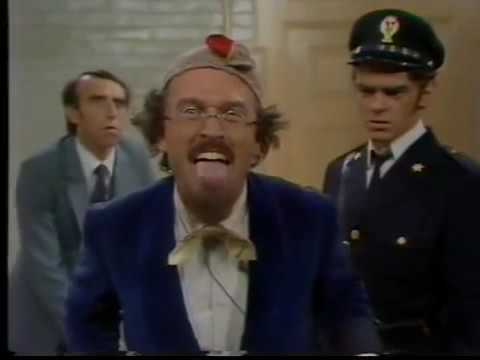 This week’s film – ‘The Accidental Death of an Anarchist’

The Accidental Death of an Anarchist is a television adaptation of the comedic play of the same name, written by Nobel Laureate Dario Fo. Inspirited by the real-life circumstances surrounding the death of anarchist Giuseppe Pinellli, the film is a satire of police corruption.

Inspired by modern playwrights: Bertolt Brecht, George Bernard Shaw and Alfred Jarry, in addition to the theatrical traditions of medieval and renaissance Italy, Dario Fo is able to merge these elements to create political satire that is as funny as it is damning.

The film follows a man, who upon discovering the suspicious circumstances surrounding the death of an anarchist during an interrogation, decides to infiltrate the police, impersonating a judge. Mischief ensues as corruption is uncovered as the film progresses.